A Flickr friend's photographs are featured in a new book about the lighthouses of Vancouver Island. The book is titled "To The Lighthouse - An Explorer's Guide To The Island Lighthouses of Southwestern B.C."  Authors are John Walls and Peter Johnson and the photographs are by Richard Paddle. The book is published by Heritage House and is definitely something a lighthouse lover should have. 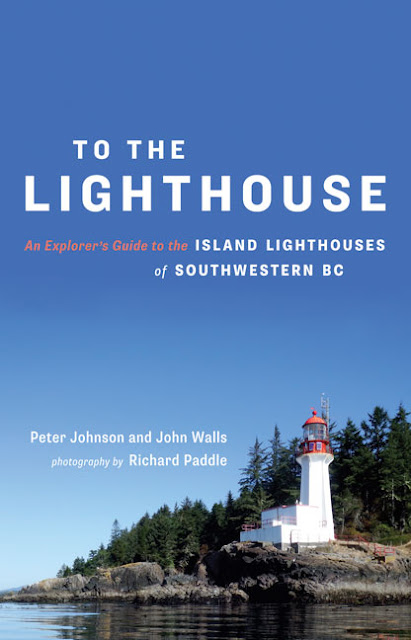 As I have said before, visiting and photographing lighthouses is a great hobby and takes one to some beautiful spots that might otherwise get missed.  Here are a few photos of me enjoying my hobby over the years.... 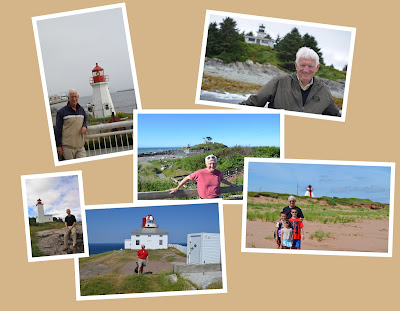 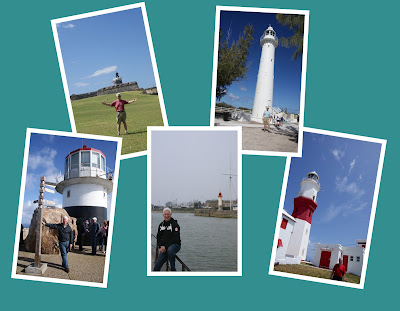 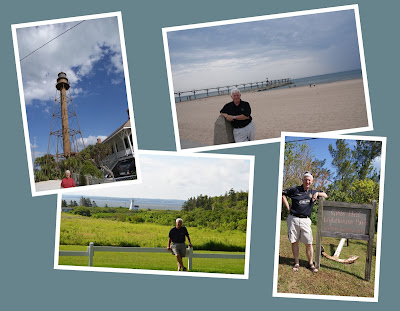 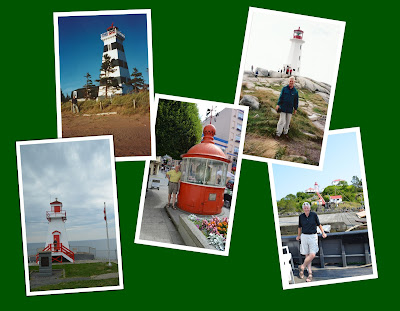 The Chatham Point Light Station is located at the north end of Discovery Passage approximately 40 kilometres (25 miles) north from Campbell River, B.C.  It is where Discovery Passage makes a sharp turn into Johnstone Strait.  The station serves as a light station and a weather station and is staffed as of June 2015.  The light itself is a white and green cylindrical steel tower on a concrete base and sits in the water off of the shore in front of the station. The station was originally established at this point in 1908.  Photos (a bit distant) taken in June 2015. 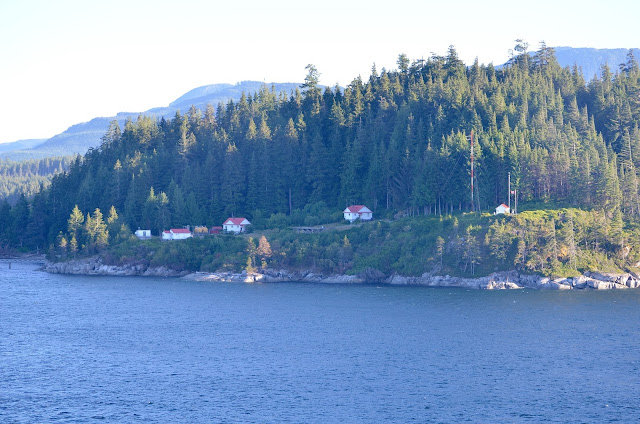 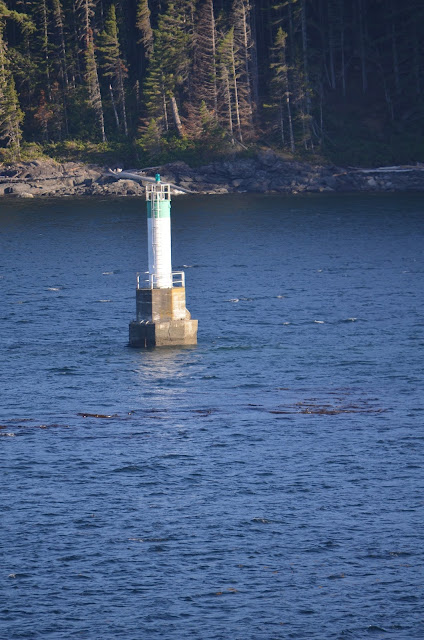 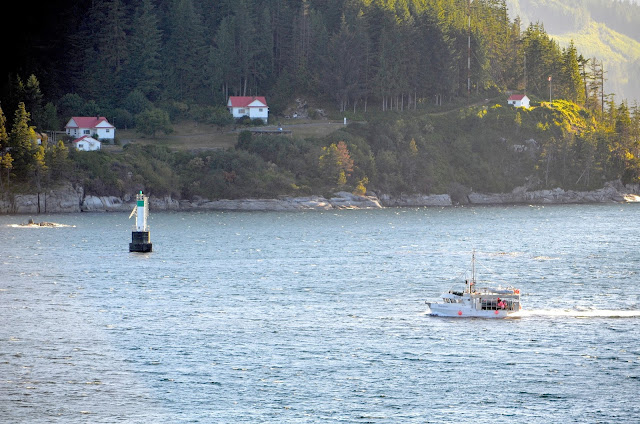 The Scarlett Point Light Station sits on the northeast point of Balaklava Island approximately 10 miles north of the town of Port Hardy on Vancouver Island. The station was originally established in 1905. The station remains active and as of 2015 was still a staffed light station. The current tower was  erected in 1965 to replace the original tower. Photos (from a distance) taken in June 2015. 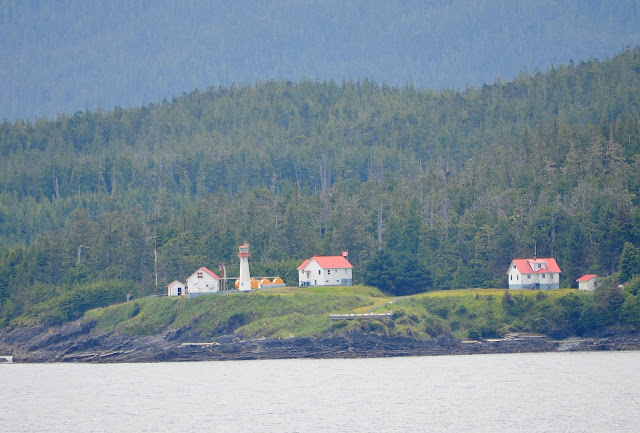 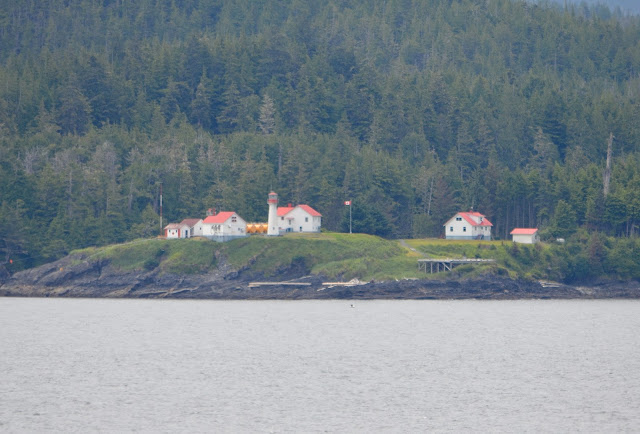 The Pine Island Light Station sits on the southwest side of Pine Island which is near the northeast tip of Vancouver Island north of the town of Port Hardy. The station was established in 1906 and has been active since that time. As of 2015 the station remains one of the few staffed light stations left in Canada. The current cylindrical steel tower was erected in 2001 to replace the original tower. Photo (from a distance) taken in June 2015. 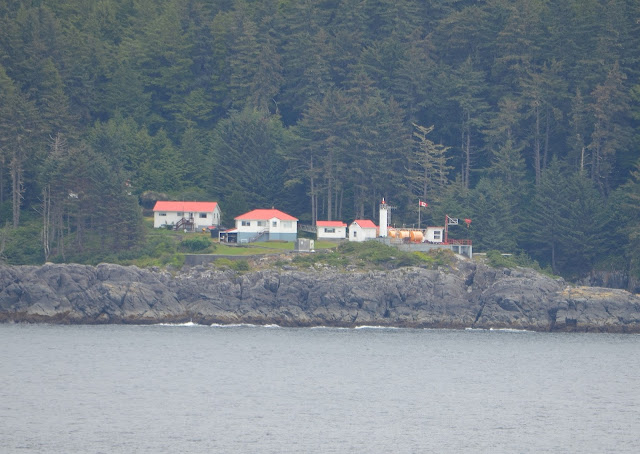 The Guard Island Lighthouse sits on one of two small islets at the north entrance to Tongass Narrows approximately 9 miles northwest of the city of Ketchikan, Alaska. The station was first established in 1904 and the current lighthouse building was built in 1924. The former keepers house and other buildings were demolished in 1973. The light is automated and the last keeper left the light in 1960. It is only accessible by boat. You can get close to the lighthouse by taking the Lighthouse, Totems and Eagles Excursion. Photos taken in June 2015. 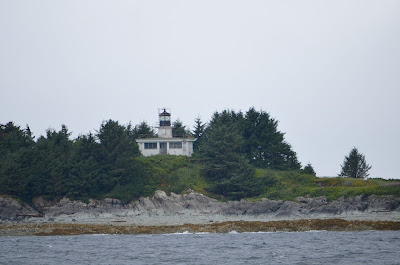 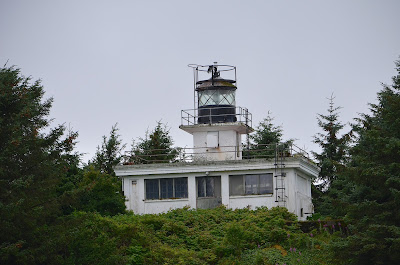 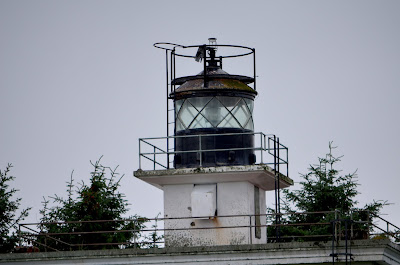 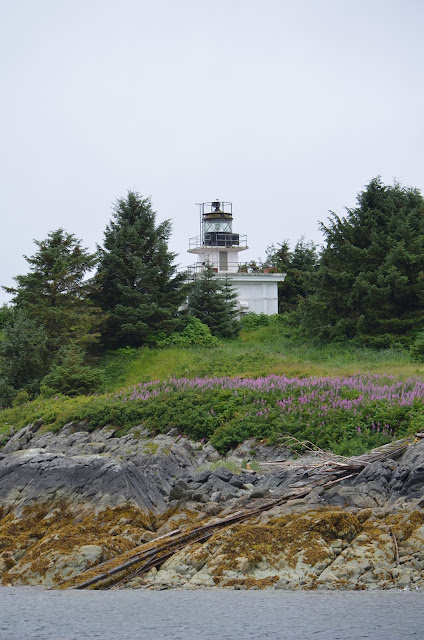 In going through some old (pre-digital photography) albums, I came across this photo I took of the Sandy Point Lighthouse near Shelburne, Nova Scotia.  It is located on the east side of the entrance to Shelburne Harbour on a concrete pier. It commenced operation in 1880 on a wooden pier which was later replaced by the concrete pier.  It was manned until 1980 when it was automated.  It was discontinued by the Coast Guard in 1996 and is now owned by the community of Sandy Point and serves as a tourist destination.  The photo was taken in September 1998. 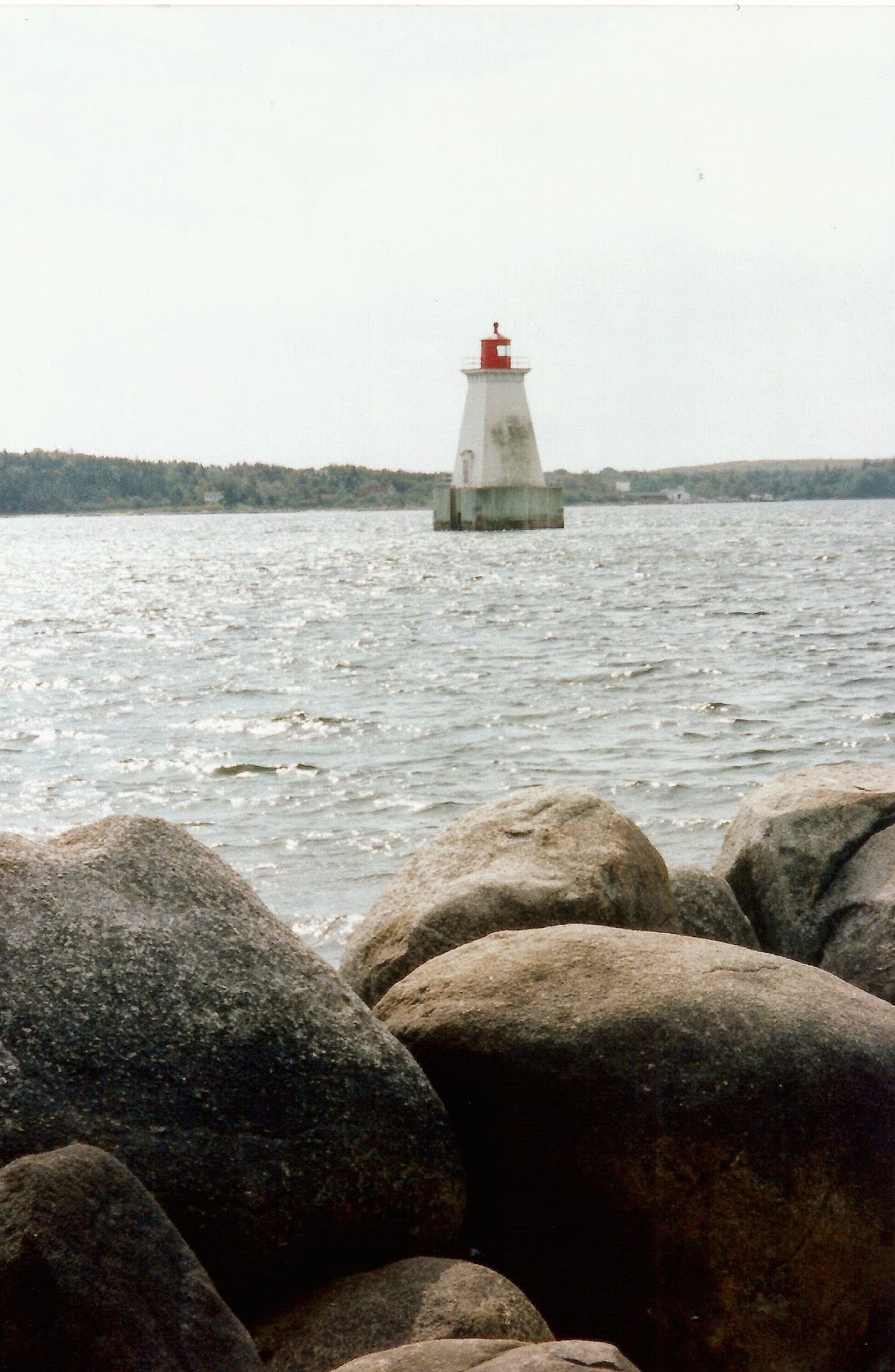 The Fredericton Lighthouse (Lighthouse on the Green) is a faux lighthouse on the bank of the St. John River in Fredericton, New Brunswick.  It was constructed in 1989 and has never served as an official aid to navigation. It is near the historic Garrison District in downtown Fredericton. Originally privately built, it has been operated by the Fredericton Tourism Bureau since 2002.  It has served as a museum, gift shop and restaurant and has a popular observation platform.  Photos taken in December 2014. 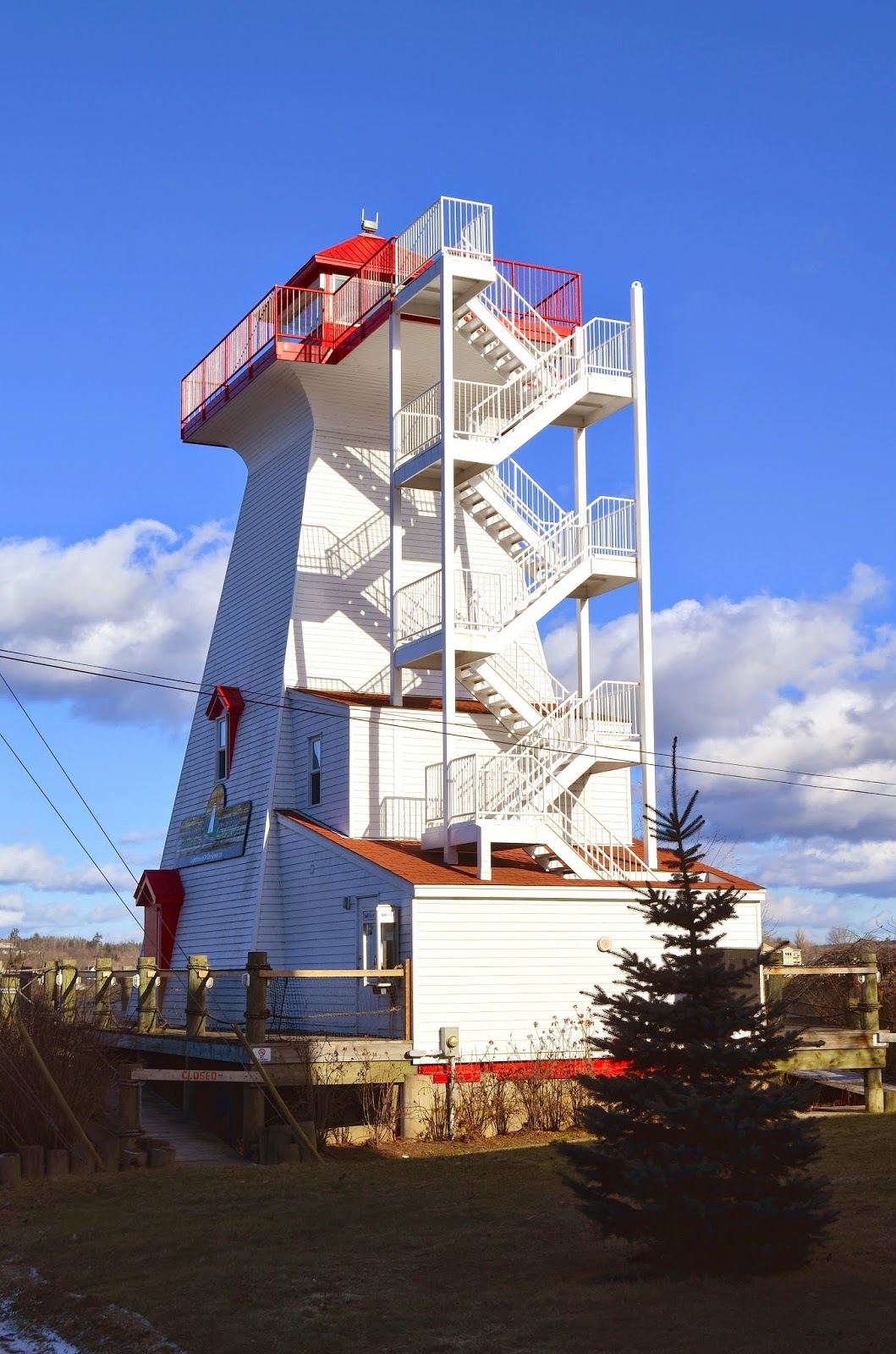 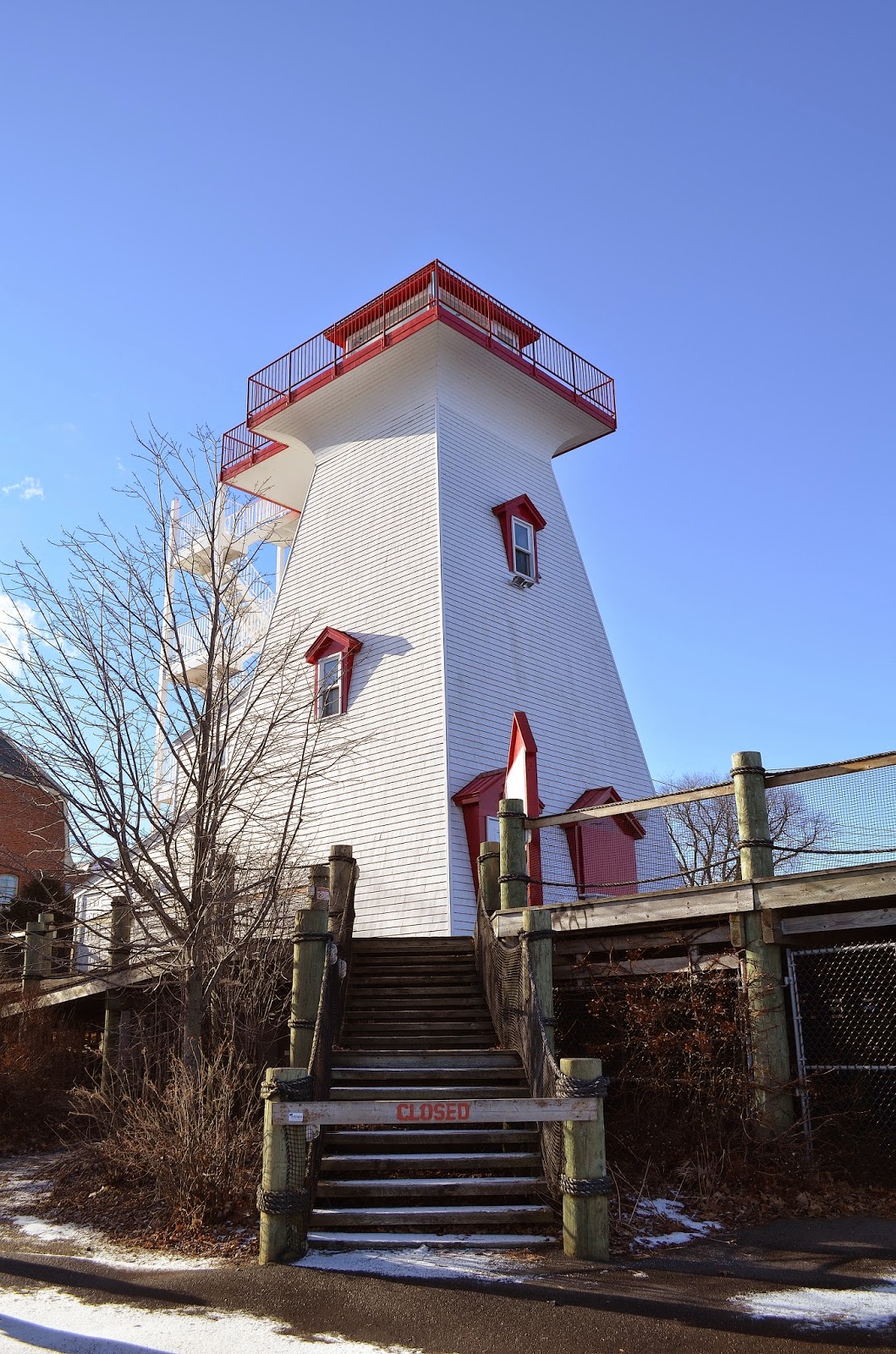