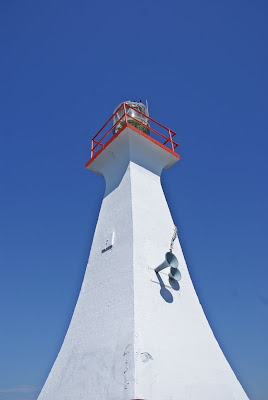 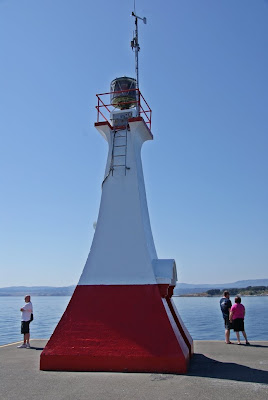 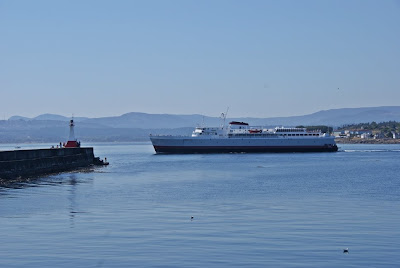 The Ogden Point Lighthouse is located at Ogden Point in the James Bay area of the city of Victoria, British Columbia. The light sits at the end of a long breakwater and overlooks the entrance to Victoria harbour. The light was established in 1917. The breakwater is a popular place for walks on a sunny day. Photos taken in July 2009. In one of the photos the ferry to Port Angeles, Washington is seen leaving the harbour.
Posted by Neal at 8:36 PM No comments: 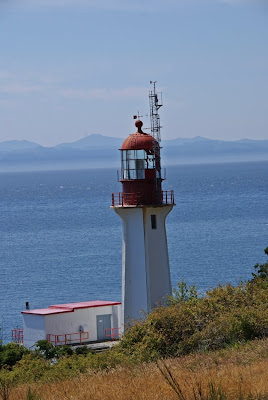 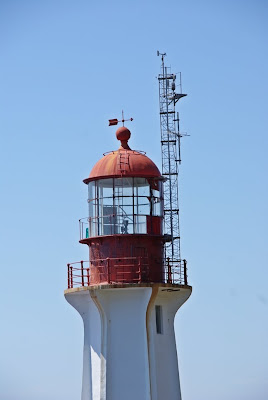 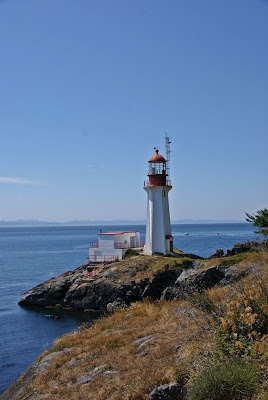 The Sheringham Point Lighthouse is located on Vancouver Island, British Columbia, Northwest of Victoria, at Shirley, B.C. It is the most Southerly of the lighthouses that are found on what is known as the West Coast of Vancouver Island. The light was established in 1912 and the original lens was replaced by a revolving beacon in the 1970's. The government and the Sheringham Point Lighthouse Preservation Society are attempting to work out arrangements for the society to preserve the site. The area adjacent to the lighthouse is being developed into large building lots. Photos taken in July 2009. The Society website is found at: http://www.sheringhamlighthouse.org/splps/
Posted by Neal at 8:24 PM 1 comment: 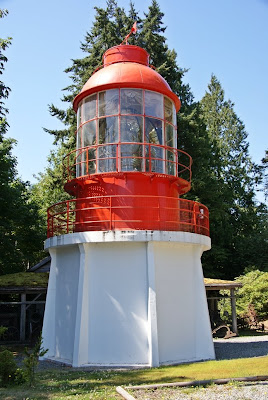 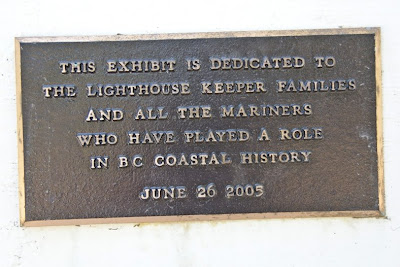 Triangle Island is located Northwest of Cape Scott at the Northern end of Vancouver Island, British Columbia. The island is part of the Scott Island Provincial Park, an ecological reserve. In 1910 a lighthouse was established on the island, however it was soon discovered that the light was of not much use. The Triangle Island Lighthouse was decomissioned in 1918 and dismantled in 1920. The lens and dome of this lighthouse has been preserved at the Sooke Regional Museum in Sooke, B.C. (Just Northwest of Victoria). Photos of the exhibit were taken in July 2009.
Posted by Neal at 8:18 PM No comments: 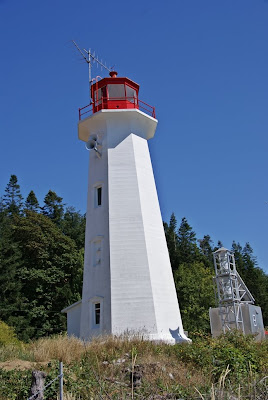 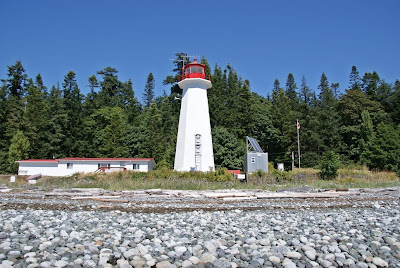 The Cape Mudge Lighthouse is located at the south end of Quadra Island, British Columbia, overlooking the entrance to Discovery Passage. It was established here in 1898 and the station is still staffed by the Canadian Coast Guard. It is directly across the channel from Campbell River on Vancouver Island and cruise ships bound for Alaska pass frequently during the summer months. Photos taken in July 2009.
Posted by Neal at 8:13 PM 3 comments: 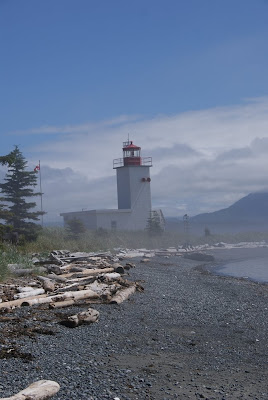 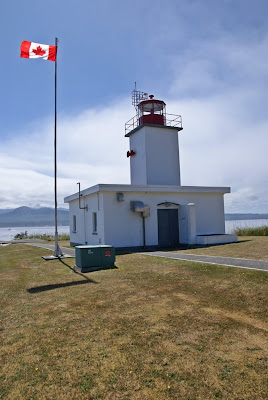 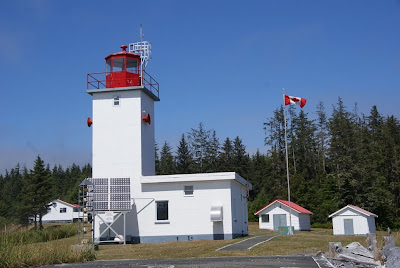 The Pulteney Point Lighthouse is located on the Southwest tip of Malcolm Island, British Columbia adjacent to Broughton Strait. The lighthouse station was established in 1905 and is one of the remaining manned lightstations in British Columbia. I was not able to determine the date of the current structure. The day I visited, the morning marine layer moved in and out, enhancing my first view as I hiked down the beach. Photos taken in July 2009.
Posted by Neal at 8:04 PM No comments: 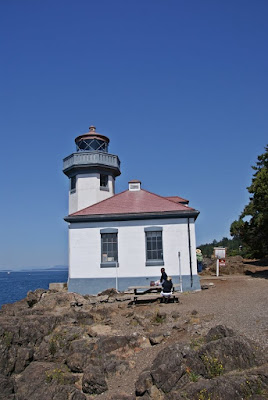 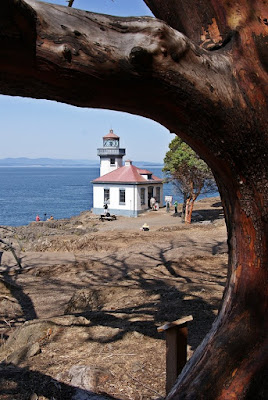 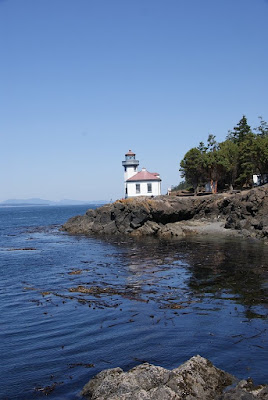 The Lime Kiln Lighhouse was established in 1914. It sits on the East side of San Juan Island in what is currently Lime Kiln State Park. The light was one of the last major lights in the USA to be automated (1962). The building today houses a research station for monitoring whale movement in the area. The area is a good place for whale watching as there are three resident Orca pods (J, K, and L pods) that frequent the San Juan Islands.
Posted by Neal at 8:44 AM 1 comment: 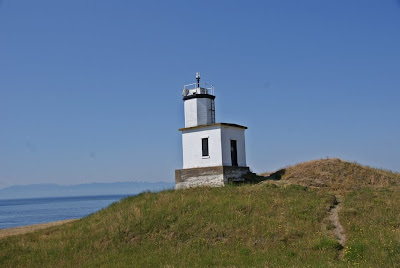 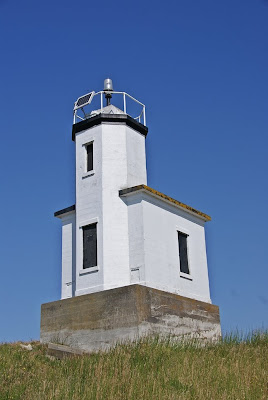 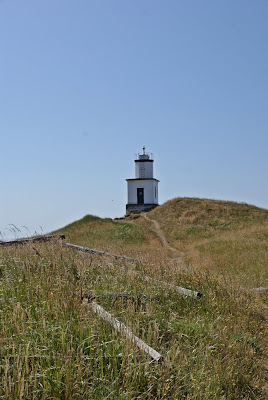 This lighthouse is located at the South tip of San Juan Island. The site was established in 1888, with a lens lantern. In the 1920's a radio compass station was established just East of the site of the light. The powerhouse for the radio compass station still stands. The current lighthouse was built in 1935. It sits in the Cattle Point Interperative Area and there are a number of walking trails to enjoy while visiting the light.
Posted by Neal at 8:31 AM No comments: 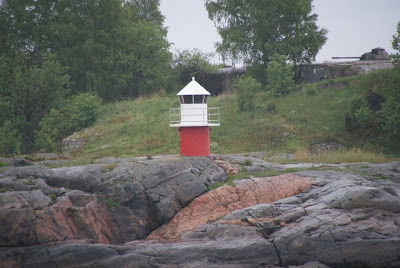 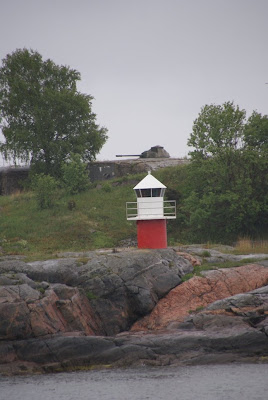 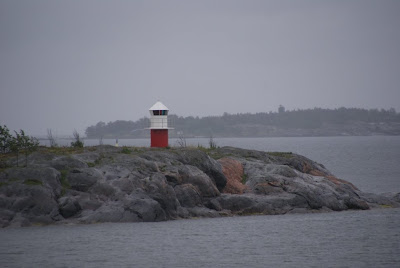 This light is found on the approach to Helsinki, the photo was taken June 2009. It has been identified as Remmarholmen light (described in a Helsinki Port Departure Document as as one of the Vallisaari leading lights). Thanks to Alex at the Online List of Lights http://www.listoflights.org/ his assistance and to Pharotéliste for his.
Posted by Neal at 1:09 PM 1 comment: 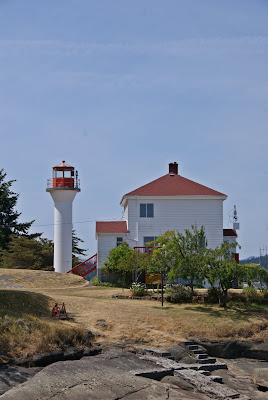 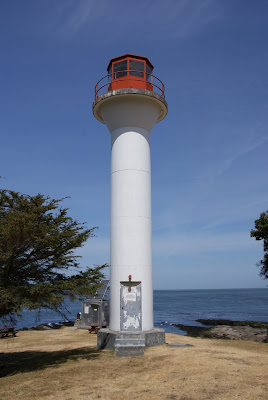 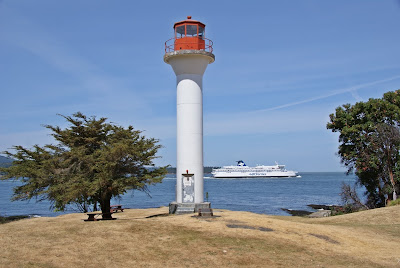 The Georgina Point Lighthouse (also known as the Active Pass Lighthouse) sits at the Northern tip of Mayne Island on Georgia Strait at the entrance to Active Pass, a channel between Mayne and Galiano Island (a main ferry route from the Vancouver Area to the Victoria Area). The original light station was established in 1885, however the current light was built in 1940. The lighthouse was decomissioned in 1969. It is currently on part of the Parks Canada Gulf Islands National Park Reserve.
Photos taken July 4th, 2009.
Posted by Neal at 10:32 PM 1 comment: