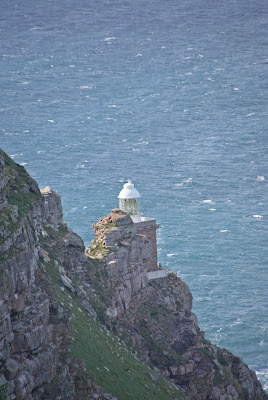 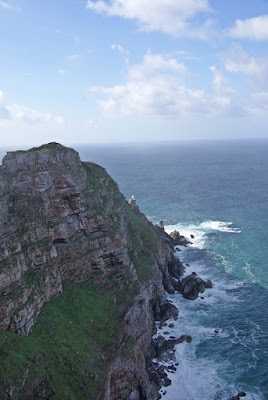 Built in 1919 to replace the previous light that sits too high, this light is built into the side of a rocky bluff below the old lighthouse. The two photos, taken in August 2010, show the spectacular setting of this light. Unfortunately time did not permit me to take the hike down to the new light when I visited.
Posted by Neal at 9:25 PM No comments: 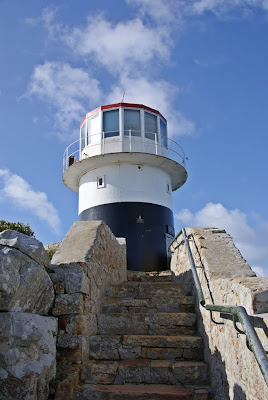 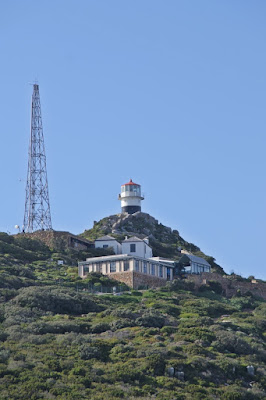 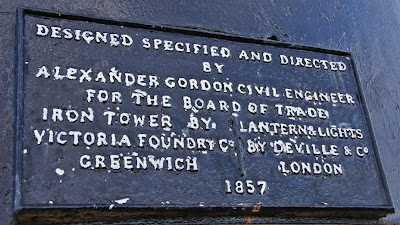 The original Cape Point Lighthouse was built on Cape Maclean on the Cape of Good Hope Penninsula in 1860. It was built on the highest point in the area and unfortunately it was built too high as it was often shrouded by low clouds and therefore not useful as an aid to navigation. It was replaced in 1919 by a new light built a short distance away but lower to the water. The ols light is now a popular tourist stop for those visiting the Cape. (Watch out for Baboons when visiting.) The metal plate on the old light (see photo) indicates it was designed in 1857. Photos taken in August 2010.
Posted by Neal at 9:12 PM 2 comments: 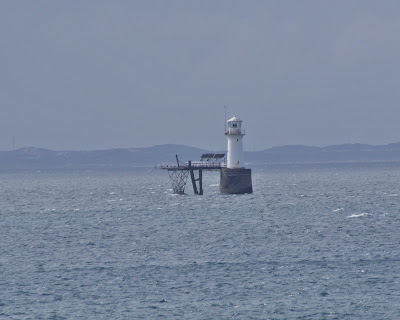 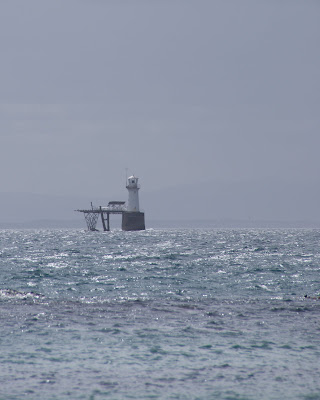 Built on a rock in False Bay near Simon's Town and Boulders Beach, South Africa (Cape Town area), this light was established in 1861. It took four years to construct. It sits in front of the South African Naval Base. These somewhat distant photos were taken in August 2010 frin Boulders Beach, where there is an established colony of African Penguins. According to a local guide, it is the only staffed lighthouse in operation in South Africa.
Posted by Neal at 9:02 PM No comments: 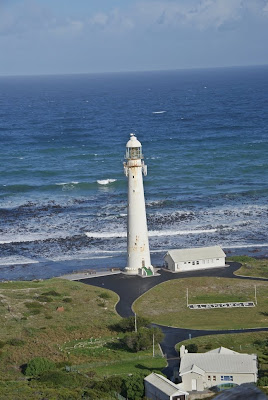 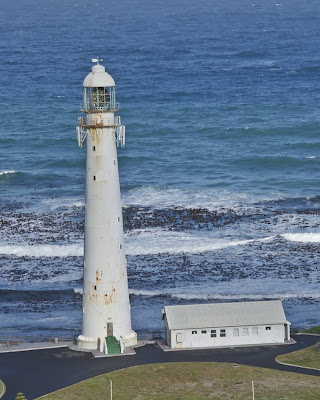 This tall cast iron lighthouse, also known as Slangkoppunt Lighthouse, was built in 1919. It is located near the village of Kommetjie, south of Cape Town on the way to the Cape of Good Hope. Photos taken in August 2010.
Posted by Neal at 8:55 PM No comments: 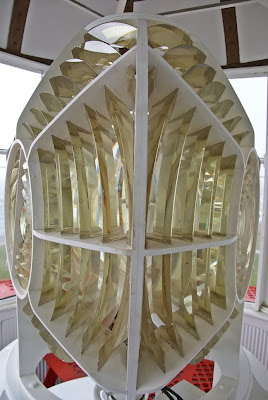 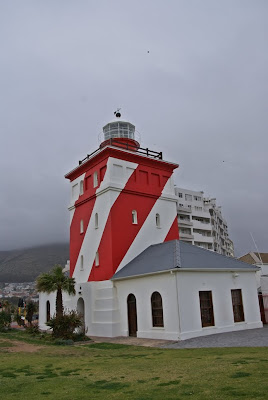 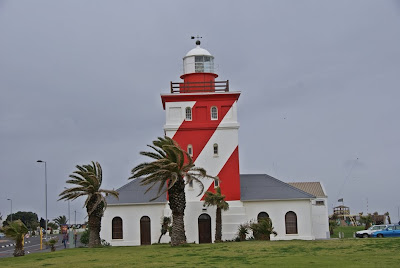 The Green Point Lighthouse is located on Beach Road near the Green Point Common in Cape Town, South Africa. It is also known as the Mouille Point Lighthouse. It is a beautiful light, with striking red and white diagonal stripes. It is a short walk from the Victoria and Alfred (V&A) Waterfront and the new Green Point Stadium which was built for the 2010 FIFA World Cup. This lighthouse is also featured in one scene from the recent movie "Invictus". It was built in 1824. Photos taken in August 2010.
Posted by Neal at 8:32 PM No comments: