The Clover Island Lighthouse is the newest lighthouse in Washington State, constructed in 2010 during the revitalization project on Clover Island which sits in the Columbia River at Kennewick, Washington. The U.S. Coast Guard has deemed this light an aid to navigation and there is a U.S.C.G. Aids to Navigation station located on Clover Island to the east of the lighthouse. The lighthouse sits on the the west end of the island which is between two bridges linking Kennewick and adjacent Pasco (the Blue Bridge and the newer Cable Bridge). Photos taken in June 2014. 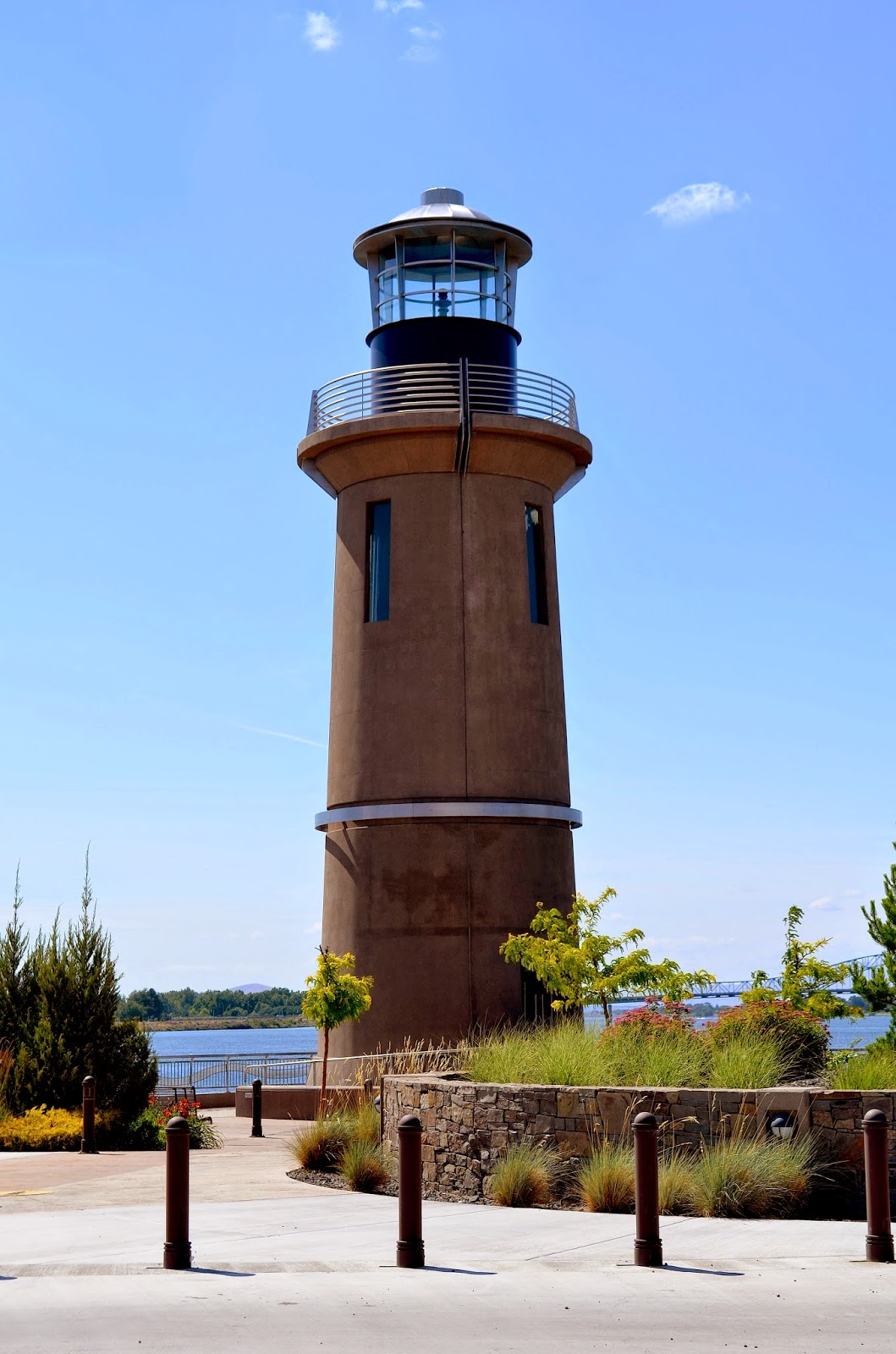 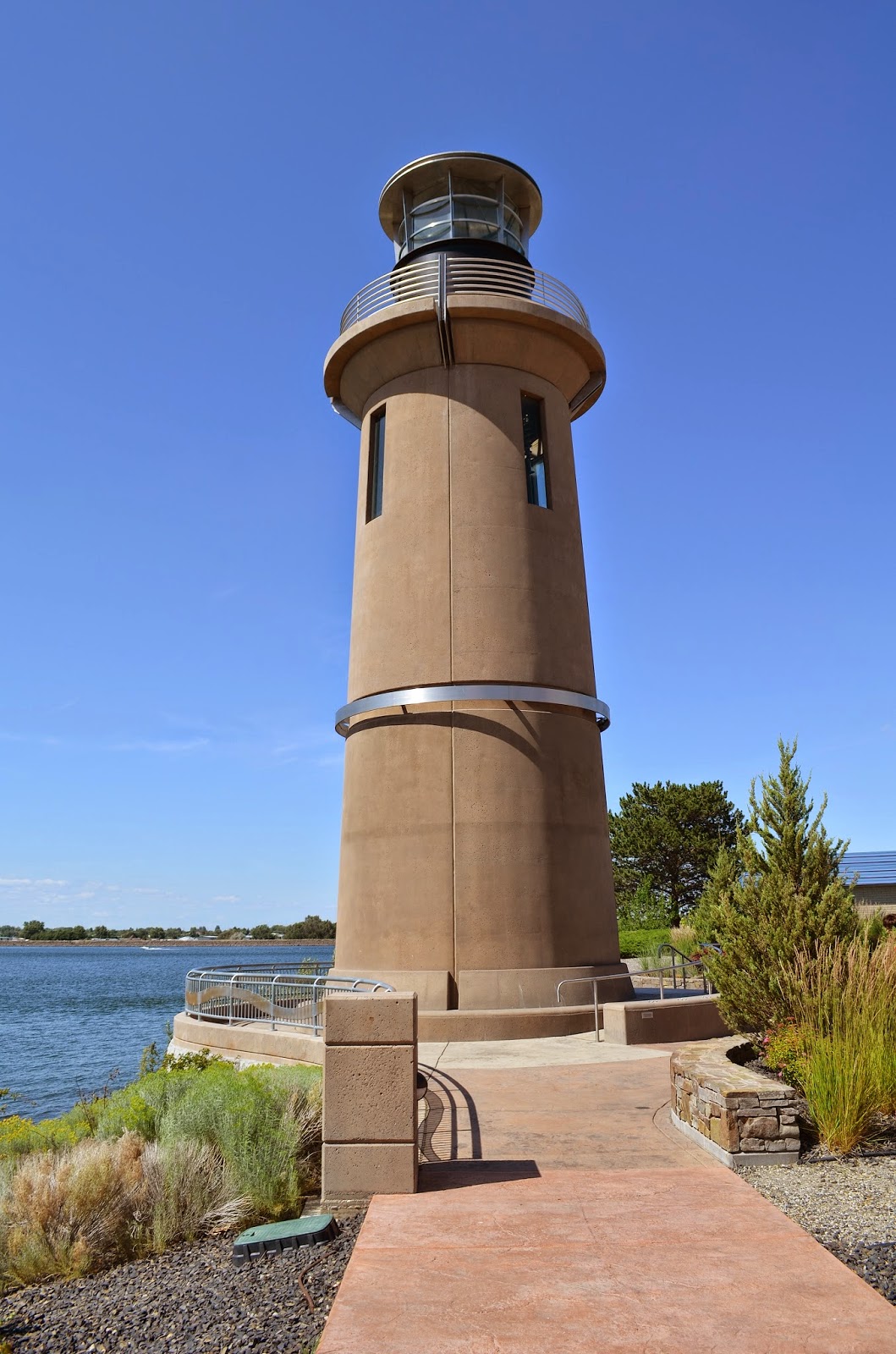 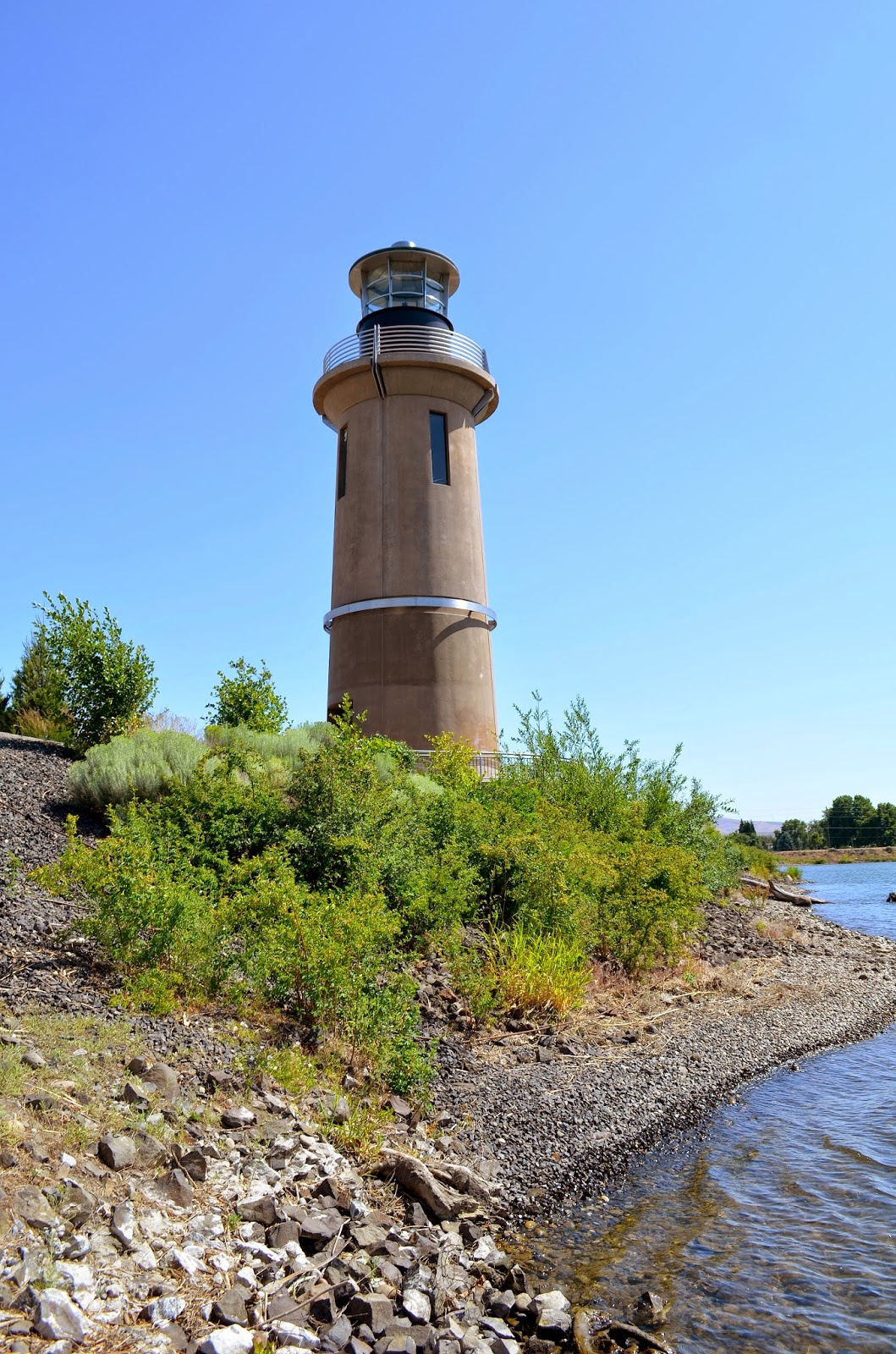