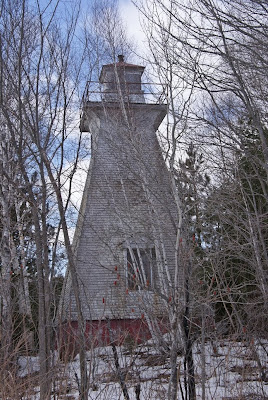 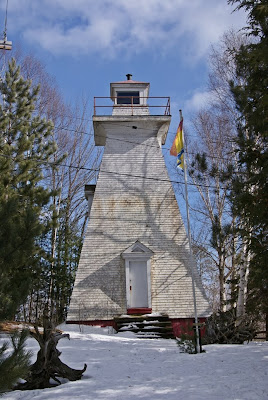 Located on the Southwest shore of the Saint John River near Oromocto Island, the Wilmot Bluff Lighthouse was first established in 1869 along with several of the other river lights. The current tower is from 1908 and was decomissioned in 1967. The light is on private property which is owned and maintained by the decendents of the last lightkeeper. The light sits on a high bluff which is some distance back from the river's edge. The light is not far from the Fredericton Airport. Photographs taken in March 2012.
Posted by Neal at 7:32 PM

Here is the link to my bird blog: http://nealsbirdblog.blogspot.ca

Please do not use any of the photos from my blog without my permission. Thanks.. Neal